Open Your Home This Summer With Triple Track Patio Doors

Some unseasonably warm weather at the start of spring gave it the feeling of summer and allowed us to reconnect with our gardens after the winter a little earlier than anticipated. 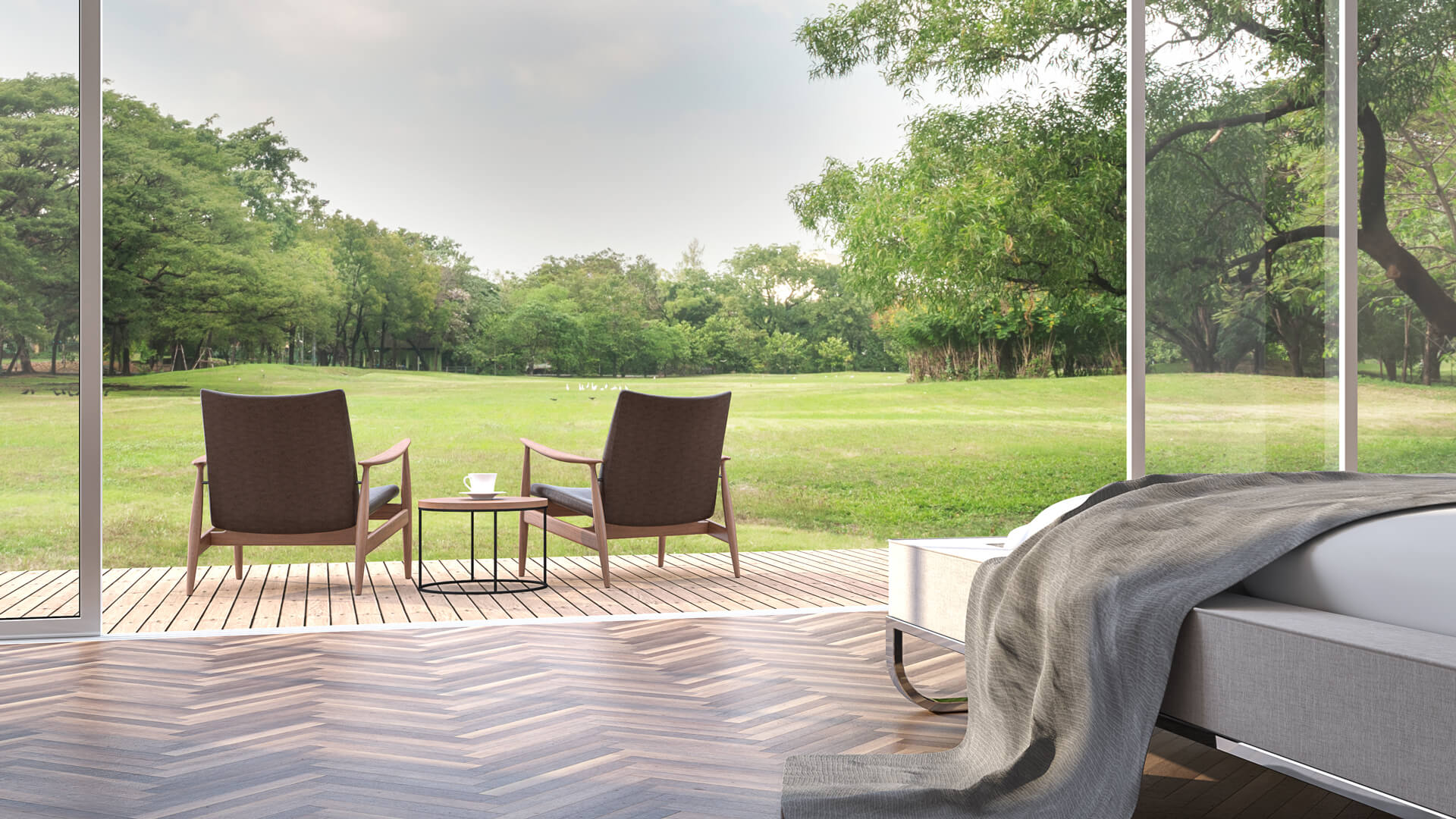 The ultra-modern way of making that transition from the indoors to the outdoors once summer officially arrives would be to do so through the opening provided by our stunning triple track patio doors.

A standard patio door will generally consist of two glass panes, but a triple track patio door from Joedan can include three to six sliding sashes, which gives it a real edge for a series of reasons.

The combination of additional sashes and the incredibly slim sightlines give you a far broader view of the outside, perfect if you have a garden that you love admiring from inside the house.

Observing your garden and the nature within it, with your morning coffee in your hand, could be how you always begin your day.

It makes an enormous difference to your interior when it gets filled with natural light, the impact of it resulting in a more inviting atmosphere, and also creating the illusion of space.

A triple track patio door will pull so much light from the sun into the area where it’s fitted due to the significantly large glass panes in each individual section.

For some householders, the opening traditionally offered by a patio door will be too limiting.

That’s certainly not the case when the sliding sashes in a triple track design are slid open as they leave a very generous gap for you to proceed through when exiting for the garden or heading back into the house.

A couple of other things that we need to mention is that you can decide which direction they open and also have an ultra-low threshold included to simplify access.

Book an appointment with Joedan if you’d like triple track patio doors to be a permanent feature of your home in time for the summer.

Everybody is welcome to visit one of our design centres and book a private appointment. Our sales team will be on hand to demonstrate the products and answer any questions you may have.

Our friendly team are always happy to help you.

Read what's going on at Joedan

Back To Our Blog

We use cookies to give you the best experience on our website and to make sure the ads you see on other sites are relevant. By continuing, you agree to our use of cookies. Find out more here.
ACCEPT
Manage consent

This website uses cookies to improve your experience while you navigate through the website. Out of these, the cookies that are categorized as necessary are stored on your browser as they are essential for the working of basic functionalities of the website. We also use third-party cookies that help us analyze and understand how you use this website. These cookies will be stored in your browser only with your consent. You also have the option to opt-out of these cookies. But opting out of some of these cookies may affect your browsing experience.
Necessary Always Enabled
Necessary cookies are absolutely essential for the website to function properly. These cookies ensure basic functionalities and security features of the website, anonymously.
Functional
Functional cookies help to perform certain functionalities like sharing the content of the website on social media platforms, collect feedbacks, and other third-party features.
Performance
Performance cookies are used to understand and analyze the key performance indexes of the website which helps in delivering a better user experience for the visitors.
Analytics
Analytical cookies are used to understand how visitors interact with the website. These cookies help provide information on metrics the number of visitors, bounce rate, traffic source, etc.
Advertisement
Advertisement cookies are used to provide visitors with relevant ads and marketing campaigns. These cookies track visitors across websites and collect information to provide customized ads.
Others
Other uncategorized cookies are those that are being analyzed and have not been classified into a category as yet.
SAVE & ACCEPT
Powered by

GET A QUOTE NOW! DOWNLOAD A BROCHURE PRIVATE APPOINTMENT